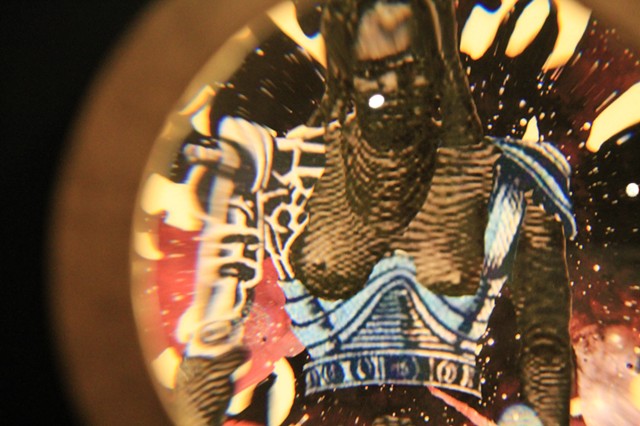 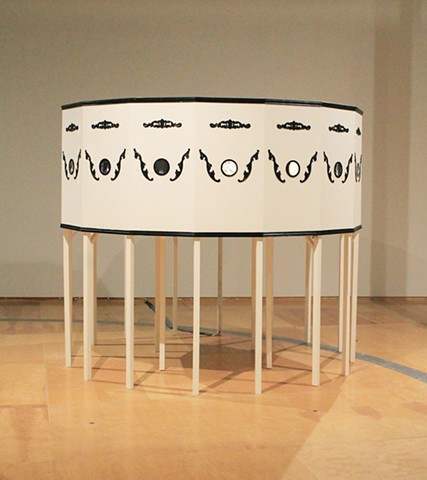 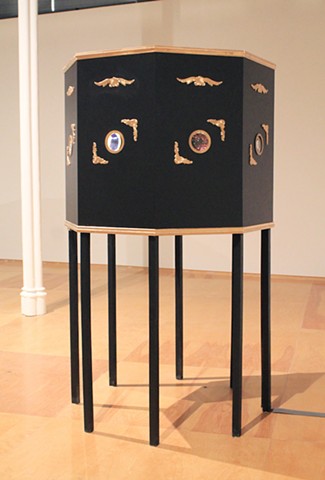 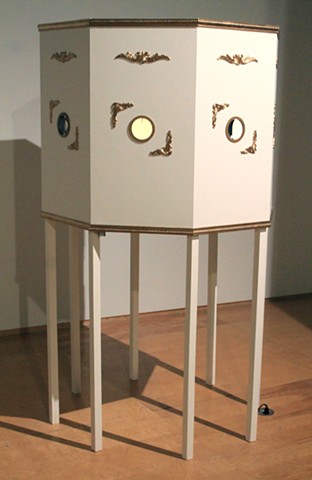 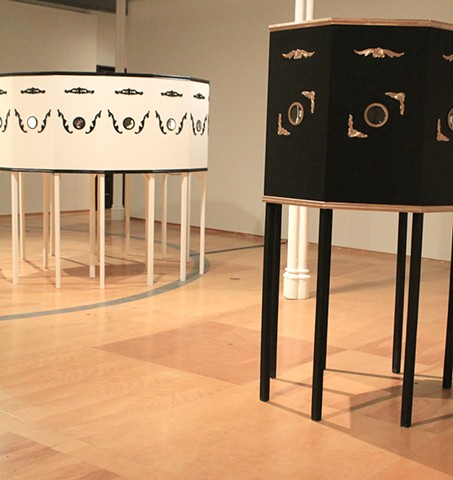 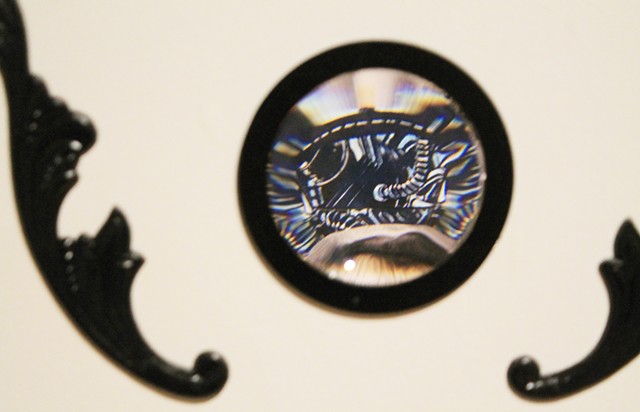 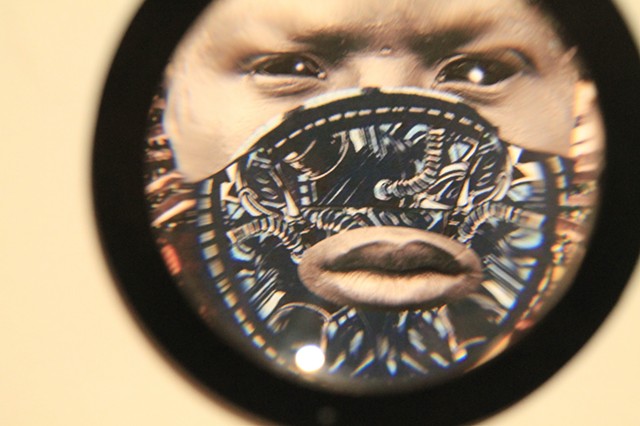 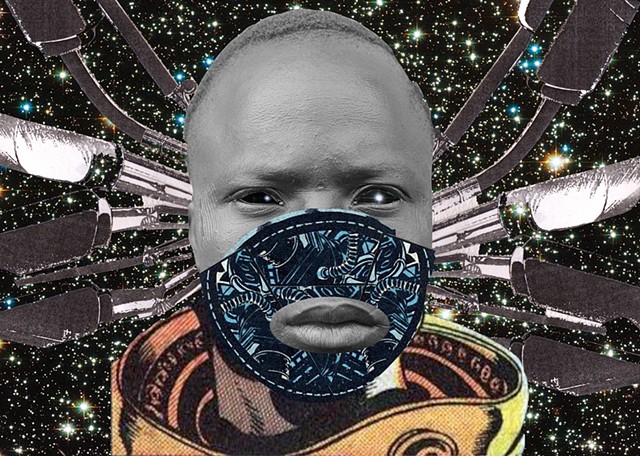 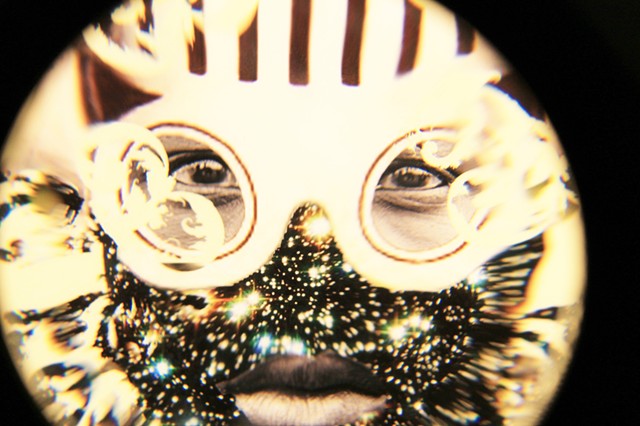 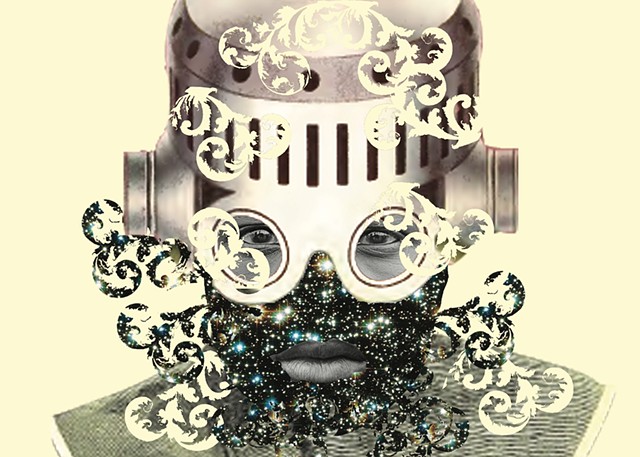 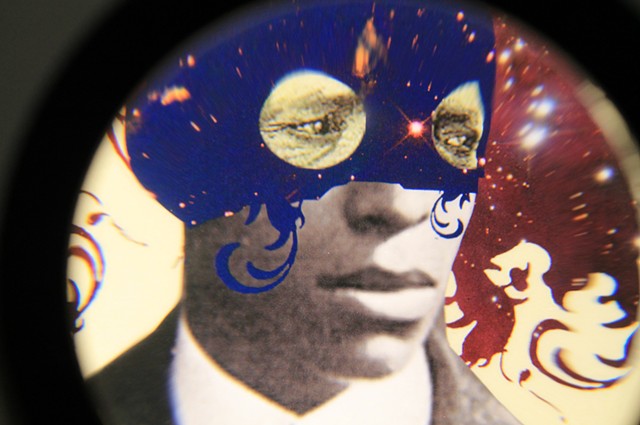 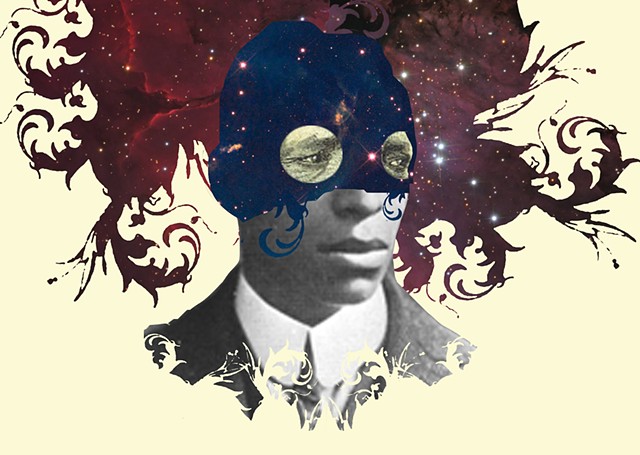 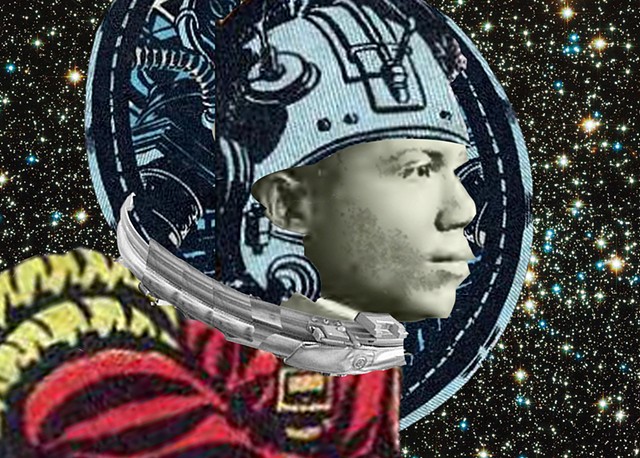 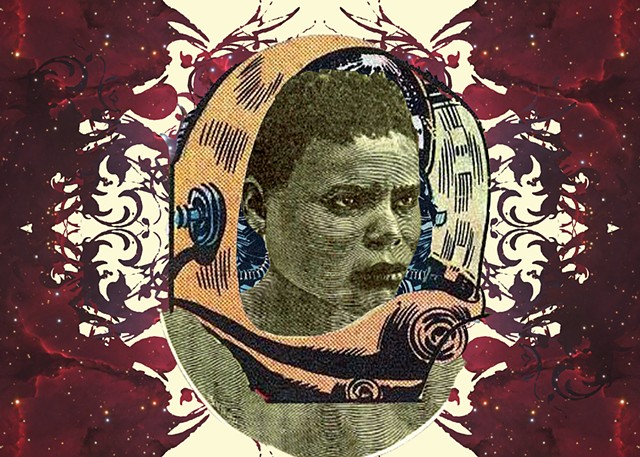 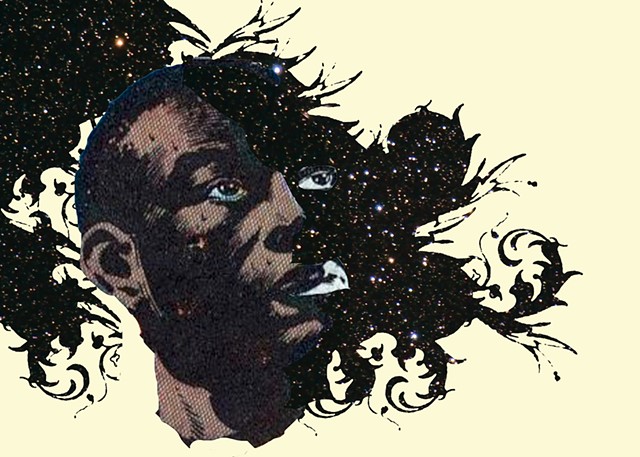 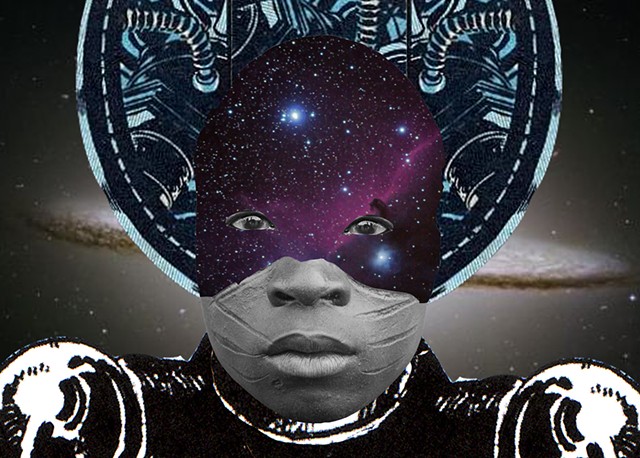 Skin Like Distant Stars is a re -imagining of The Kaiserpanorama (developed by a German inventor and businessman August Fuhrmann in 1890.) These were large machines in which people could look at collections of stereo optic photographs in groups. Much of the subject matter captured the popular imagination of the public of the day. New technologies, cities as well as faraway places and ethnographic images were all part of the shows. This version uses a mono-ocular lenses that give a layer of depth and distortion to visualize Afro-futuristic collage imagery. I am combining these histories as a collection of images, but these images point to a much different reality than the original sources. Much like the display case and the frame, the device through which they are seen is as sort of stage—a place where I can render a world out of the various source material that I choose. The images are informed by a history that points to an alternative future. Black astronauts and robots become fused in a narrative that visualize Science Fiction narratives in regard to representations of race. The title of the work is also a response to the iconic EC comics story Judgment Day (Al Feldstein/ Joe Orlando 1953) in which a Black astronaut visits a planet of segregated robots. This installation was originally presented at Hallwalls in Buffalo, NY in 2016